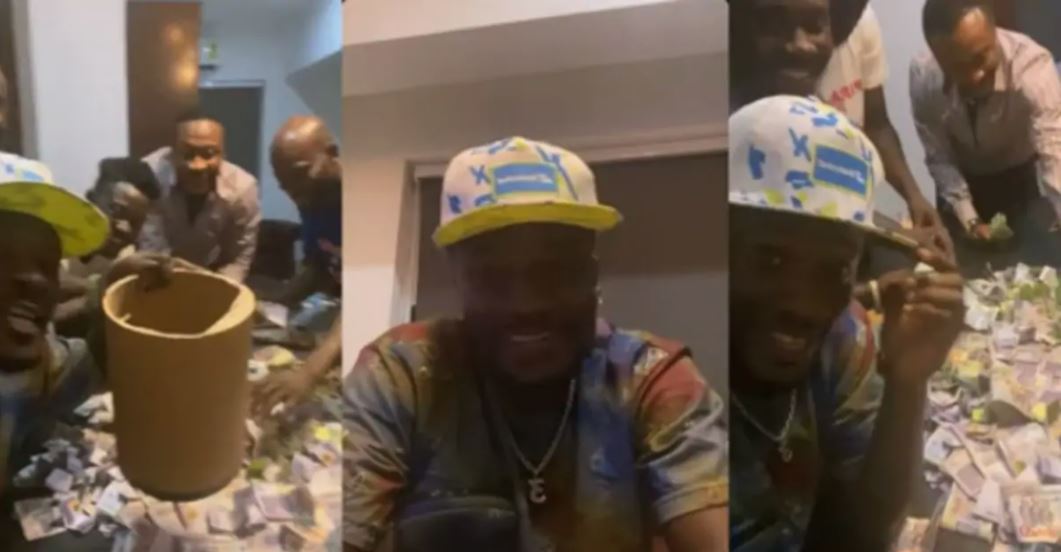 Asamoah Gyan who has a lot of investments in Ghana was least expected to be involved in saving money in a susu box, but he has proven that he is a bit conservative to things he was used to growing up as a child.

When the year comes to an end, a lot of people do a deeper reflection of the year and touch monies they have invested for several reasons.

For Asamoah Gyan he disclosed that he saved up to buy items for donations and to add up to his bank savings.

He encouraged the habit of savings among the Ghanaian populace.

“Little drops of water make a mighty ocean ooo. One one, you can also do it. I started saving six months ago and look at it. We will count the money.

“Show the money box to them, so that people would know it is a money box. Afterwards, this money is going to the bank. We will do some donations, buy items for donations and the rest will go to the bank. You can also be motivated by this.

Asamoah Gyan is worth over 20 million dollars and he is considered one of the richest African footballers in Africa.

He made most of his monies during his days at Al Ain from 2011 to 2015, before joining Shanghai SIPG, where he was paid $250,000 a week and emerged as the highest-paid African footballer.

The former Black Stars skipper after an illustrious career abroad has returned home and he is currently playing for Legon Cities.

The 35-year-old is, however, yet to make his first start of the season, despite having been used as a substitute due to injury worries.